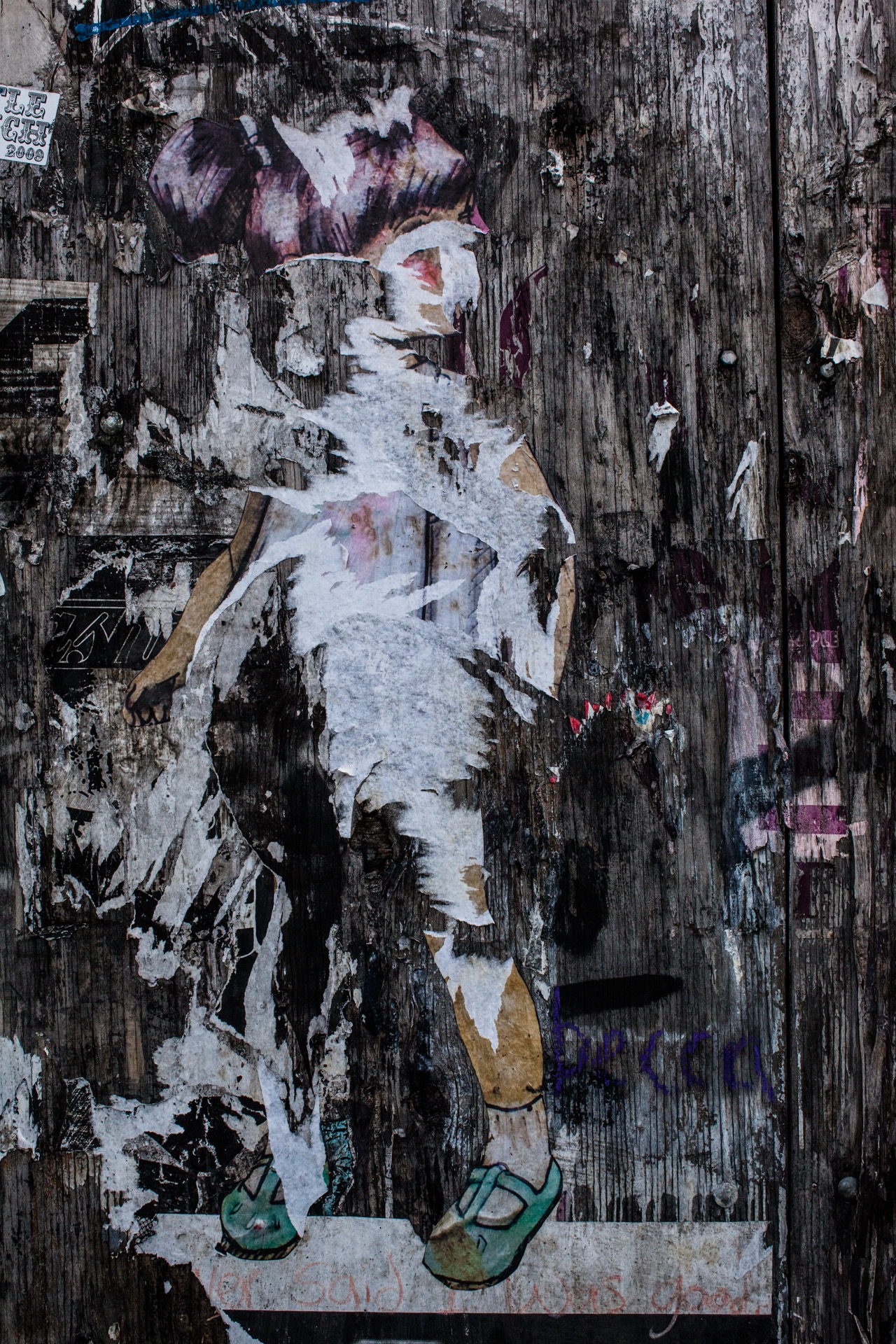 Another homeless man approaches, pushing his red guitar in a blue baby carriage. I’ll bet he knows three chords and the truth. He’s one of the charcoal people, beautiful and innocent. The life preserver with the biggest hole is his. He wades out into traffic picking up a single black shoe from the double yellow line. A moment’s inspection is allowed, then he drops the shoe. Wrong size. The car horns belch at him but he’s oblivious. He’s never in a hurry to get or go anywhere. He doesn’t have any appointments. He is his own sun. In retrospect, he belongs to the street wader clan. These are the guys that just wonder out at any time. Twisting fate and altering people’s lives. It was on Sunset; right in front of me when the wader went out, and no it wasn’t a cross walk. The Cadillac had less than twenty feet to stop. He could either lock it up or run the man over. He locked it up and got rear-ended by two other cars. The wader just kept walking, he didn’t look, I don’t even think he blinked. Ambulances came and the bloodied people were taken away on stretchers.